Dogs have been used to guard humans throughout history. It was a natural evolution of the canine and human relationship. Humans began providing food for wild dogs. In turn, they provided protection to humans.

This unique symbiotic relationship continues even today. Many owners choose dogs that are capable of keeping them protected on top of being good companions.

When most people picture a guard dog, they think of a hulking beast that's slobbering at the mouth to get at intruders.

While that's certainly the case for many guard dogs out there, a dog's physical size isn't the only factor that determines whether or not they're capable of protecting their family.

In fact, there are many small and medium-sized breeds that do quite well at the job.

These dogs may not look intimidating at first glance. However, they have the personalities to provide some extra protection and security.

They're a great option for people who aren't capable of caring for a larger dog due to housing limitations or breed restrictions in their area.

There is a huge difference between a guard dog and a watch dog. Guard dogs are capable of overtaking a human in the event that they need to provide physical protection to their families.

This is why larger dogs with strong jaws are typically associated with being guard dogs.

There is a selection of great medium-sized breeds that do well in this regard. They have the same level of tenacity that larger breeds do.

Small dogs, unfortunately, do not make good guard dogs. Their tiny statures make them a pretty easy obstacle to get around.

To a would-be intruder, they're nothing more than a minor nuisance. With that being said, there are many breeds that make good watch dogs.

Watch dogs can help to alert you of any potential dangers. While guard dogs can use physical force to stop an intruder, a watch dog's biggest asset is their bark.

They can alert you and your family of any possible danger so that you have time to act appropriately. 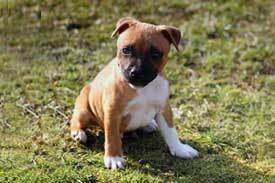 The Staffordshire Bull Terrier is one of a few breeds that fall under the umbrella term of "Pit Bulls." While they have a somewhat sordid reputation, these medium-sized dogs make exceptional guard dogs.

They are fiercely loyal to their owners. As a result, they're naturally suspicious against outsiders or those who exhibit any ill-will toward their family.

From a purely physical standpoint, Staffordshire Bull Terriers are more than capable of taking out humans. They were originally bred to hunt bears!

They have very muscular bodies and powerful jaws. Despite their ability to cause some harm to intruders, these dogs are surprisingly gentle when they are trained well. They do just fine in family settings. 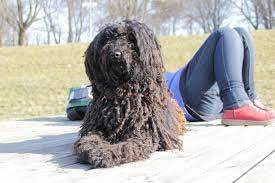 Know for their unique coats, Puli dogs don't seem like a great guard dog at first glance. They're covered from head to tail in thick dreadlocks. However, underneath all of that is a very powerful dog.

While they only reach heights of up to 17 inches, Pulik are quite agile. They can run fast, as they were originally bred as herding dogs.

In addition to their physical prowess, Puli dogs are very astute. They are naturally suspicious of anything out of the ordinary, thus alerting you to any intruders on your property.

Furthermore, these dogs are home-bodies. They love to be at home and will do all they can to protect it. 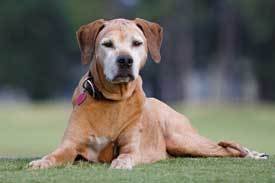 With the ability to grow as tall as 24 inches in height, Thai Ridgebacks are on the higher end of the medium-sized breed spectrum.

These dogs are natural-born athletes. They require a lot of exercise to stay healthy. They have lean bodies, making them very agile as they run.

In terms of physical characteristics, Thai Ridgebacks can be quite menacing. They have pointed triangular ears and large snouts.

Thai Ridgebacks were originally bred to be guard dogs. They tend to be quite reserved with people they don't know. Their suspicious attitudes can prove to be quite useful should an intruder ever visit your home. 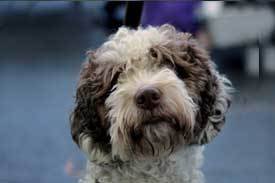 Despite their curly locks and overall silly appearance, the Spanish Water Dog is a great breed for guarding.

They get their name from their penchant for retrieving waterfowl. These dogs are also excellent herders.

It's these instinctive behaviors that help make them such great guard dogs. They can detect even the slightest sound or movement in the distance, allowing them to protect your property no matter what.

Spanish Water Dogs are also known for their high energy levels. They can work all day long and still have enough fuel to play. They can easily outrun anyone. 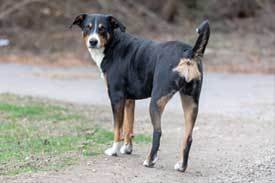 With their tri-colored coats and playful attitudes, it's easy to mistake

Appenzeller Sennenhunds as standard housepets. While they do very well in family settings, their natural instincts allow them to do so much more than just lounge around.

They balanced bodies that are perfect for running and chasing. What makes the Appenzeller Sennenhund so great for guarding is their personality.

These dogs are fearless. They'll go into any obstacle headfirst without giving it a second thought. They're also very loyal. They can't be easily bribed. As a result, strangers won't be able to win them over with a couple of treats. 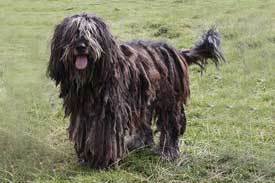 Don't let the shaggy coat of the Bergamasco Sheepdog fool you. They're anything but goofy.

These dogs are very dedicated to their work and families. They were originally bred as mountain herders. They can run long distances without missing a beat. They enjoy their time working.

When they're not on the farm, Bergamasco Sheepdogs will spend their days guarding over their families.

They are very loyal to their pack and not very trusting of strangers until they are properly introduced. In terms of aggression, these dogs are pretty laid back. However, they can become aggressive if they need to be. 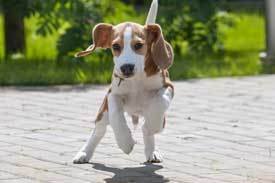 Beagles make great watch dogs for a number of different reasons. For one, they have a very startling bark.

While they may be small in size, their bark makes them sound like they are much larger. It's a great tool for scaring off trespassers or other animals.

Secondly, Beagles are born and bred hunters. They have a keen sense of smell and can detect even small details in the distance. If you need a dog that's going to notice small changes around your home or property, a Beagle is the dog for you. 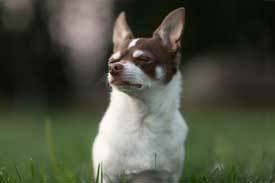 There's a reason why Chihuahuas have the nickname of "ankle-biter." Despite their very small size, Chihuahuas can be very aggressive.

They don't like things they are not used to. As a result, they will bark at anything unfamiliar. Usually, these traits are not good. However, with proper training, you can funnel that aggression into something good.

Chihuahuas also have somewhat of a Napoleon's complex. They are fearless and have no problem stepping up to a dog or human that's several times their size. They often have the aggressive personality of a much larger canine. 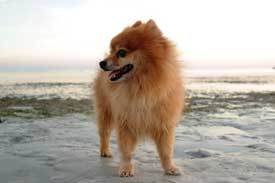 While they are often associated with the finer things in life due to their perfectly coifed hair and adorable looks, Pomeranians are big barkers. One of the biggest complaints of the breed is that they bark at pretty much anything.

They don't trust too many people outside of their family, which leads to a lot of barking at intruders.

However, you can provide these dogs with training so that they only bark at would-be intruders. When trained correctly, that barking can be a great home alarm. 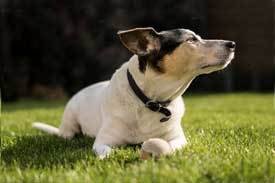 Another dog breed that's praised for their small size and good looks,

With that being said, adequate training is essential. These dogs can be quite stubborn. Thus, they're not the best for new dog owners. However, once you get past the training, Jack Russel Terriers can be loyal and loving members of the family.

Medium or small dogs aren't capable of providing you with the most protection possible. If you're after that, you'll need to go with a much larger canine. However, these dogs can help you stay alert at all times.

They can let you know when something is awry at home, helping you stay safe. On top of all of that, each one of these dogs makes an excellent furry friend that can provide you with companionship at every turn.