Most dog lovers would say that there's no such thing as an ugly dog. But these breeds might have those people second-guessing that sentiment! Ugly dog breeds host a special place in many people's hearts. Everyone wants that majestic Siberian Husky or posh Pomeranian.

But ugly dogs have a lot to offer too!

These pups tend to be rarer than those beauties you see posing at dog shows. They may have quirky physical characteristics or an overall look that just doesn't fall in line with what most people consider to be beautiful.

They're for owners that don't care about looks and just want a strong bond with their canine companion. Ultimately, it's the dog's personality and characteristics that define them.

Interested in learning more about some of the ugliest breeds on the planet? Look no further! Here are breeds that defy canine beauty standards and shine in their own unique way! 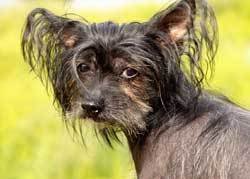 Often the poster child of small ugly dog breeds, the Chinese Crested certainly is unique. This breed has won the World's Ugliest Dog content year after year. It's not hard to see why.

Most of the dog's body is completely hairless. The skin may take on some patches of gray and pink. Peach fuzz is pretty common, too. If you know anyone who owns a Chinese Crested, they probably have a ton of horror stories about the pitfalls of owning a hairless pet, such as dealing with blackheads and pimples!

To make matters worse, these dogs often have puffs of hair around the head, legs, and tail. Altogether, these features combine to create a look that only an owner could love! 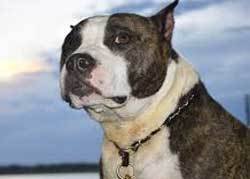 Chances are, you've seen an English Bull Terrier at some point. The breed has undoubtedly been the inspiration of cartoons and whimsical depictions of canines.

Their most defining feature is their head. It has a noticeably egg-like shape. Rather than the strong and squared-off snouts of other breeds, Bull Terriers have a curve that extends from the forehead down to the mouth. This creates a "weak" nose line.

The eyes are unique, too. They have a squinted appearance. These dogs can't open their eyes very wide at all, even when their begging. Despite their interesting heads, English Bull Terriers are still quite popular. 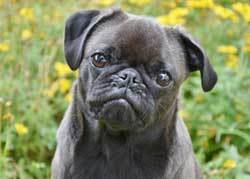 There's no mistaking a pug for another breed. These small dogs are instantly identifiable. They're most known for having squished, wrinkly heads.

The body of the Pug is pretty small. But the head is quite large. Pair that with their short, fat necks and you have a unique profile right off the bat.

Pugs are a brachycephalic dog breed. This means that they have a short head, short muzzle, and distinct skull shape. Oftentimes, Pugs experience a litany of health problems due to their distinct anatomy. Many develop breathing issues, resulting in the dog taking frequent quick gasps of air.

Even still, Pugs are a beloved dog breed. They have quirky personalities and love nothing more than to show some affection. 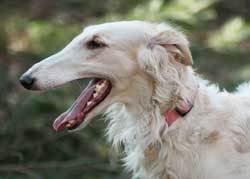 Also known as a Russian Sighthound, Borzoi dogs have a lot of ugly traits working against them! They're a member of the Greyhound family. If you look closely, you should be able to see those similar traits. But, the breed has a lot of features that stand out.

Standing about 28 inches at the shoulders when fully grown, Borzoi dogs are tall. However, they don't have the mass that other larger breeds have. Thus, they have a lankier appearance.

Covering their lean bodies is a coat of fine shaggy hair. No matter how hard you try, their fur almost always looks disheveled and messy.

Finally, Borzoi dogs have very long faces. Many lovingly compare them to horses because their snouts are so long and thin. 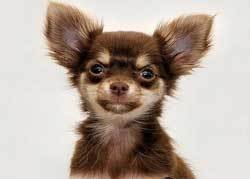 Chihuahuas are another one of the small ugly dog breeds worth mentioning. These canines are very popular and are one of the most iconic dogs in Hollywood films. But that doesn't mean they're any less ugly.

Small in stature, the Chihuahua is often thought of as the rodent of the canine world! It has a large head with prominent eyes. There are a few different types of Chihuahuas out there. Some of them have enormous ears that look far too big for their tiny bodies.

Perhaps the ugliest feature of the Chihuahua is its temperament. While gentle and loving with owners, the breed is notorious for lashing out at strangers. When this happens, they show off their creepy fang-like teeth. 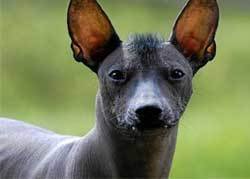 Here's another hairless dog that not too many people know about. Also known as the Xoloitzcuintli, the Mexican Hairless dog is often compared to the Chinese Crested. It's also hairless and features some distinct skin coloration.

Many dogs feature patchy colors of pink and gray. Though, some are completely gray, giving off a monster-like look. It doesn't help that the skin can glisten and define all of the dog's wrinkles.

Topping the head are tall triangular ears. They have a bat-like shape, which only adds to their scary looks.

Mexican Hairless dogs are often feared in some countries due to their looks. But, they can be peaceful loving members of the family like any other breed. 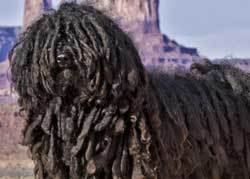 Pulis are medium-sized dogs with a coat like no otherF. A favorite in dog show circles, Pulis have a thick coat of dreaded fur. This fur can continue to grow well past their eyes.

It's not uncommon to see a Puli with a coat so thick that you can't even make out any defining characteristics. They just look like a breathing mop head!

With that strange coat comes some very distinct care requirements. Maintaining the fur of the Puli is no easy task. For this reason, most people avoid the breed like the plague! Luckily, there are still plenty of dedicated Puli fans out there to show the breed some love. 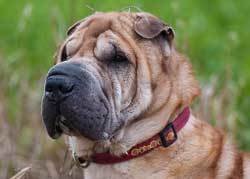 Chinese Shar Peis come out of the womb looking like old men! They are known for their wrinkly faces and bodies. Loose skin covers the entire body, but it accumulates in a few key places.

When the dog is sitting down, the wrinkles tend to collect on the chest area and back, making them look like they're wearing an oversized fur coat! The head has some distinct wrinkle folds, too. Many have deep wrinkles over the eyes, blocking out some of their view.

Originally bred in Southern China, this breed was once treated like royalty. They're still quite popular in Asia and have gained a loyal fan base around the globe. This is likely due to their loyal and affectionate nature. 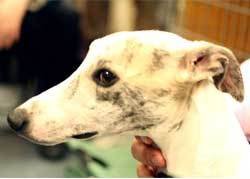 Whippets are often compared to depictions of jackals in Ancient Egyptian artwork. The breed has a tiny little head with a pointed snout.

Oftentimes, the head is disproportionately small compared to the rest of the body. This creates a signature profile that can't be missed.The body of the Whippet is very small and lanky.

These are lean dogs that can run fast! They have muscular legs that help them sprint at record speeds. But the rest of the body doesn't have a ton of bulk. Thus, they have a bony look that many find to be very unattractive.

Their lanky nature doesn't make them the best for cuddling, either. But, this breed does have a lot to offer in the athletics department. 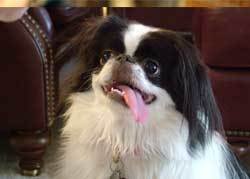 Last, but not least, we have the Japanese Chin. At first glance, you might not notice anything off with this dog breed. The body is small like a Pomeranian. They also have an attractive coat of long fur in a wide range of colors.

But upon closer inspection, you'll notice that they have very strange features. These dogs have wide eyes that look crossed!

The snout isn't traditionally beautiful either. The dogs have shallow snouts, downturned mouths, and perky noses. These characteristics combine to create a somewhat snooty look!

While they might not be the most beautiful dog breeds to look at, these ugly dogs still deserve plenty of love. Don't let their unconventional looks turn you off! Many of these breeds are quite loving and affectionate!

They certainly make up for their looks with personality. Plus, ugly dogs are always the center of attention. Everyone wants to get a look at their strange appearance up close!