Have you ever found yourself mistaking a giant fuzzy dog for a bear when you're out on a hike? How about coddling a tiny pooch by calling it "teddy bear?" If so, you're certainly not in the minority. While most people associate dogs with other canine-like creatures, such as wolves and coyotes, they do share some uncanny similarities to bears.

From a purely physical standpoint, many dogs share the same traits. Things like pointy snouts, thick fuzzy coats, sharp teeth, and non-retractable claws can be found on both animals.

Does that mean that they are related somehow?

Are Dogs and Bears Related?

Sorry to disappoint you, but bears and dogs are not directly related. They're entirely different species that evolved from distinct biological families.

Dogs are part of the Canidae family, which includes species like foxes, dingoes, and coyotes. Meanwhile, bears are part of the Ursidae family. Relatives in this family include polar bears, pandas, and other distinctly bear-like animals.

While they may look similar, there's not a direct relationship between bears and dogs. The two can't breed to create a new hybrid animal, which debunks a common myth about their relationship. In fact, the two animals don't even share the same number of chromosomes.

With all that said, there is an evolutionary connection between the two animals. To better understand that, you have to go back several millennia before dogs and bears even existed.

Bears and dogs are part of the Carnivora Order. This is a very broad classification of animals throughout evolutionary history, so don't make the mistake of thinking that makes them related.

Within that order, there is an even deeper distinction.

You see, not all animals of the order relied on animal meat alone to survive. Some creatures would seek out anything that provided sustenance. In addition to meat, they would consume things like berries and fruit.

Which two animals are a part of that smaller facultative subgroup? You guessed it, bears and dogs.

You can see the evolutionary effects of facultative carnivores even today. Because these animals did more than just kill other creatures for food, they eventually went through some major changes to help with their lifestyle.

They adapted to their environment and developed a keen sense of smell for both scavenging and hunting. Some meat-specific traits were also obtained. These include sharp teeth for tearing through flesh and the ability to run fast for chasing prey.

Eventually, the larger Carnivora Order was split into two suborders. The first suborder group was the Feliformia. These animals took on a cat-like appearance and eventually evolved into the felines we know today. Domesticated cats, tigers, and lions all belonged to this subgroup.

The second suborder group was the Caniformia. As you can probably guess, these were creatures that eventually evolved into dog-like animals. So, we know how dogs and cats came to be, but where do bears fit into all of this?

Well, bears were grouped with the Caniformia. This is why dogs and bears share so many similar traits. The Caniformia subgroup developed characteristics like long snouts and non-retracting claws, both of which are still evident today.

Bears aren't the only ones who were a product of this grouping. If you look closely, you can see that skunks, red pandas, raccoons, and even seals have some of those similar traits.

Even before the strange grouping of bears and dogs happened in the evolutionary chain, it's believed that these two animals shared a common ancestor that lived over 42 million years ago. Prior to the creation of the Carnivora Order, the Miacidae family reigned supreme.

These animals were very small and had long tails. They also lived in trees, much like modern-day monkeys. It is theorized that the Miacidae family were precursors to the Carnivora Order. These animals had smaller carnassial teeth and survived on meat.

Fossils do exist in animals in the Miacide family. One mammal belonging to this evolutionary family was tested for DNA. What scientists found what that this creature was an ancestor to bears, dogs, lions, and tigers.

Understanding the evolutionary history of dogs and bears explains why they look so similar. Of course, both animals have gone through a ton of changes to make them unique. But that doesn't mean that you can't still see similarities in some breeds. 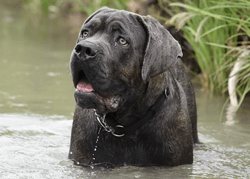 Tibetan Mastiffs are, perhaps, one of the most intimidating dogs on the planet. They are absolutely massive, rising up to 29 inches at the withers.

When they are fully grown, these dogs can tip the scales at 160 pounds!

As if that weren't enough to create a bear-like appearance, Tibetan Mastiffs are covered in a thick coat of flowing fur. The fur grows thickest around their neck. This results in a large mane of hair around the face.

The good news is that these dogs rarely show the aggression that bears do. They're typically quite aloof and like to spend the day lounging around. 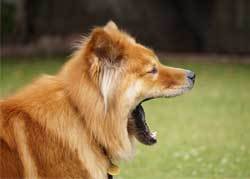 Chow Chows another breed that closely resembles a bear. This breed originally hailed from the Siberian region of China.

Thus, they have a thick coat of fur to keep them warm. That luscious coat remains today, giving these dogs that distinct bear-like appearance.

Like the Tibetan Mastiff, Chow Chows can be very intimidating due to their imposing bulk. One big difference is that Chow Chows are tiny compared to Tibetan Mastiffs and bears. They only weight about 60 to 70 pounds as adults. 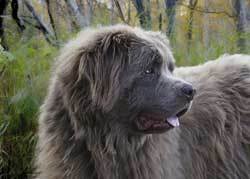 Newfoundlands have very similar coat colors to bears. You can find these dogs with thick coats of dark brown, black, and gray fur.

It doesn't help that their fur gets long and puffy either.

Puppies hold an even closer resemblance to bears. Because they have not started to develop the canine body yet, it's easy to mistake them for bear pups.

These dogs are very strong. They were originally bred as working dogs that herded sheep and protected livestock. You can still find them on farms around the world. 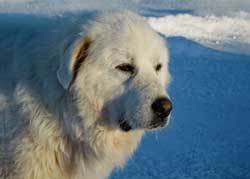 They have a striking coat of white fur that looks virtually identical to arctic bears.

When it comes to size, the Great Pyrenees Mountain Dog is massive. Females get to be up to 90 pounds. However, males can continue to bulk up until they hit 120 pounds! 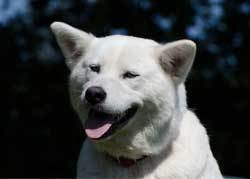 Akita dogs have a reputation on the web for being cute teddy bear dogs. When they are puppies, that sentiment is certainly true.

Thanks to their pointy ears and fluffy fur, they look ready to hug. However, as they get older, that teddy bear appearance goes away.

Most people don't realize how large Akitas can get. Adults can weigh up to 86 pounds and be as tall as 26 inches at the withers. It's no wonder why these dogs are mistaken for bears! 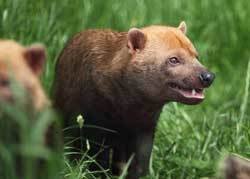 The resemblance between Bush Dogs and brown bears is uncanny. Also known as the Savannah, Bush Dogs have a thick and fuzzy coat of brown fur.

They also have pointy ears and a slightly wider snout than most dogs. Unfortunately, the physical similarities to bears haven't been beneficial for the breed.

They're often killed because they are mistaken for vicious bears. In reality, they're quite shy and skittish. The breed is currently listed as an endangered breed. 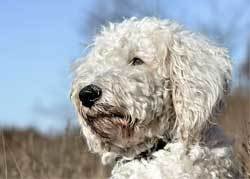 Even designer cross-bred dogs can look like bears. The Goldendoodle has grown in popularity in the last few years. The dogs are friendly, loyal, and adorable.

The thing that sets them apart is their thick coat of curly hypoallergenic hair. They don't shed like other breeds, making them a great family dog.

Some breeders have gone with the teddy bear trend and created specific crossbreeds to enhance the similarities. Goldendoodles with an English Cream Retriever and Standard Doodle parents look the most like bears. 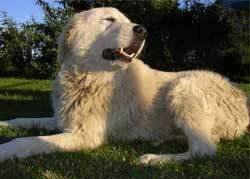 This is because they both have thick double coats of white fur and black accents.

Like the mountain Dogs, Maremma Sheepdogs are dedicated to work and protection. They make great family pets and love to show affection to owners. 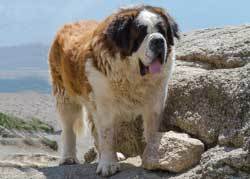 Caucasian Shepherd Dogs hail from Russia. Thanks to their ancestral climate, these dogs have developed a thick coat of fur to keep warm. That coat comes in a variety of colors and patterns.

The biggest reason these dogs look like bears is their sheer size.

Caucasian Shepherd Dogs are one of the biggest pups in the world. Adult males can weigh up to 220 pounds, though this is rare. Even on the low end, the breed averages out at around 110 pounds.

To sum up, bears are not directly related to dogs. Though, their physical similarities are a result of some coincidental evolutionary changes in the past. If you want to own a bear-like animal, we recommend sticking with one of the breeds above. They'll give you all the bear hugs you need.