Why do Dogs Sneeze when they Play?

Sneezing is not an act that's exclusive to humans. Dogs can sneeze just like us. In fact, some dogs seem to sneeze more than humans do. You have probably watched your dog let out a big goofy sneeze during playtime one too many times.

While it's certainly a joy to watch, why do they do it?

Some owners become concerned when they see this type of behavior. There is good reasons to be worried. Dogs rely on their noses for virtually everything they do, so nasal issues should be taken seriously.

Does that mean that all your dog's sneezes require a trip to the vet? Truth is, dogs can sneeze for a variety of different reason.

Is It Really a Sneeze?

There's a big difference between a legitimate sneeze and a play sneeze. You may notice that your dog has sneezing fits when they're having fun but stop the moment that playtime is over.

Real sneezes are caused by the same things that cause our sneezes. They're involuntary reactions to an irritant.

Dogs can easily get things trapped in their nasal cavity. With their constant need to sniff around grass and dirt, debris gets stuck up there quite frequently. They can eventually trigger a nerve that's responsible for their facial muscles, resulting in a powerful sneeze.

Your dog may even be triggered by something that you're not bothered by. It's important to remember that your pooch's sense of smell is several thousand times stronger than yours. Things like perfume, chemicals, and even strongly flavored food can wreak havoc on their sensitive noses.

A sneeze is simply their way of trying to get the irritant out and find some relief. It's a defense mechanism that keeps their nose and body protected.

You'll know a real sneeze when you hear it. In most cases, it's powerful and loud. This is because it comes from the chest. Real sneezes are also accompanied by some kind of mucus that's meant to capture the offending invader and guide it out.

When a Sneeze Isn't a Sneeze

Often times, owners mistake strange sounds their dogs make as sneezes. In reality, they can be something completely different. A lot of times, it's a simple snort. Your dog may be snorting because they're having difficulty breathing. Short-nosed dogs will often snort when they perform too many physical activities.

There may also be something obstructing your dog's airways. If that's the case, it's important to seek veterinary assistance as soon as you can to provide your pup with some relief.

Reverse sneezing is another possibility. This noise is produced by a rapid intake of air rather than a quick expulsion from the lungs. You may find your dog doing this after eating or exercises. It's usually no cause for concern. A reverse sneeze sounds different than a normal sneeze. It's reminiscent of a loud honk.

Play sneezing is another thing entirely. These types of sneezes are usually quick and a lot less aggressive than the real thing. Instead of fast air that comes from the lungs, it's a quick exhale. You may notice that your dog sneezes frequently when he's playing. While there's no way to know the exact reason why dogs do this, there are a few theories. 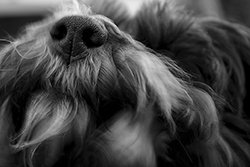 Dogs make a lot of weird faces when they're playing. This is especially true when they're having fun with another dog.

The go-to game for dogs is a fake fight. They'll growl, attack their playmate from behind, show aggression, and put their teeth on display. Their lips will curl up, making it look like they are smiling.

This smiling behavior often results in a fit of sneezing. The facial wrinkles and skin folds that come with smiling can cause some slight irritation in their nose. It's just a mild irritation that causes involuntary sneezing.

While it may seem concerning at first, it's actually a good sign. It means that your dog's body is reacting to stimulants the way it is supposed to.

Many believe that sneezing is also a response to positive emotions. If you have ever watched your dog sneeze after you arrive home for the day, you can understand why.

Dogs get very excited when they're happy. They'll move around quickly, curl their lips, and start running around like a maniac. Several involuntary body movements happen when they're overcome with joy.

In addition to sudden sneezing, your pup's tail will start wagging and their ears will perk up. It's just one of the ways that your dog is letting you know that they're excited to see you.

One of the most interesting theories about play sneezing is that it's used to communicate with other dogs. Because they can't rely on vocal techniques as we humans do, dogs have adopted several physical cues to let other dogs know what they're feeling.

Many experts believe that sneezing is a calming cue. This may explain why some dogs do it when other canines are around.

It's a way to tell the other dog to take things easier. Dogs like to play rough. As mentioned earlier, they often imitate attack moves and show fake signs of aggression. The sneezing may be a way of reminding the other dog that everything is for fun. If things start to get a bit out of hand, your dog may sneeze to cool off and keep things light.

Essentially, your dog is being responsible. They don't want to get into a fight, so they put out that reminder that they're playing in peace.

When Should I Be Concerned About Sneezing?

Now that you understand some possible reasons why your dog might be sneezing during playtime, it's good to know how to spot when sneezing is something more serious. There are a number of health issues that can cause the behavior.

There's no reason to worry about an occasional sneeze here and there from something in the air. However, if your dog is suddenly sneezing more frequently, they could be experiencing one of many issues.

Nasal infections are quite common among dogs due to their inquisitive nature. Bacteria and fungus can get into their respiratory tract and cause some serious problems. Infections can spread quickly throughout their body, causing even more pain and suffering.

Signs of an infection often include a persistent sneeze and coughing. Other physical symptoms, such as nosebleeds and swelling, may also be present. 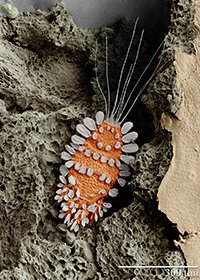 Nasal mites, while rare, can invade your dog's nose. These tiny parasites can latch onto your dog's nose when they're sniffing in the dirt. Like skin mites, they'll bite at your dog's skin. This results in severe irritation.

Unfortunately, sneezing won't do much to get rid of them. You'll need to take your pup to a vet to take care of the problem.

If the mites are left untreated, they can cause severe rashes and scabs inside your dog's nose.

Periodontal disease and serious infections cause a lot of discomfort for your pup. They can affect the way your dog eats and cause them to paw at their mouth. Some teeth are very close to the nasal passage. When they become infected or develop an abscess, the associated swelling and discharge can interact with the passage.

In many cases, having pain that is close to that sensitive area of their body is enough to trigger their nerves and cause sneezing.

Tumors can develop in the nose and cause continuous irritation. The presence of a tumor may indicate that your dog has cancer. Skin cancer often results in tumors in the nose because it is exposed to more UV radiation than the rest of their bodies.

Secondhand smoke can also lead to tumor growth because it's inhaled through the nasal passage.

Brachycephalic dog breeds, such as Pugs and Bull dogs, are more prone to sneezing due to their compressed nasal passages. These dogs often suffer breathing issues throughout their lives.

Their airways can become blocked by their very own facial anatomy. Sneezing and snorting is a common way for them to catch their breath and regulate their breathing.

Sneezing is one of those quirky behaviors that we humans will never truly understand. All we can do is speculate. As long as your dog isn't having noticeable issues, it's a relatively innocent behavior.

However, if you suspect that a medical issue is to blame, take your pup to a vet for a proper diagnosis.

Also Read: Why do Dogs Like to Sit and Lay On your Feet?