The Reason Why Dogs (Sometimes) Eat Their Puppies…

When female dogs give birth to a litter of pups, it's usually a wonderful experience. Mothers are quite keen to the needs of their pups and will exhibit maternal behavior from the very beginning. It's a beautiful thing to witness!

Unfortunately, not all pregnancies go as planned. Unexpected events can lead to the death of some puppies. Mothers can also abandon their newborn babies without any warning.

In rare cases, females can even kill and eat their young.

While it's a grim topic, it's important to understand why this happens. As humans, cannibalistic behavior is simply unfathomable. However, it's not as farfetched in the canine world.

Dogs do not follow to same social and moral constructs that we do. Truth is, there are many reasons why dogs may eat their puppies.

It can be tempting to intervene whenever your precious female dog is giving birth. It's a big moment and most owners want nothing more than to help ease those puppies into the world. However, intervention is not recommended in most cases.

You see, female dogs will usually take care of their young instinctively. From the moment they give birth, mothers know what to do and will act in the interest of the litter. This is even true to first-time mothers that have never been around a pregnant dog.

After birth, mothers will free their young from the sac, lick them clean, and bite off the umbilical cord. Within the first several weeks, your dog will spend all of her time feedings and watching over her puppies.

She'll leave them alone for a while to go outside and eat. This typically happens when they are sleeping. Over time, she'll gradually increase the amount of time she spends away from her babies. This is to help train the pups to fend for themselves.

If all goes according to plan, those puppies will wean off their moms and get to a point where you can intervene and start raising them.

If a female dog eats her puppies, it usually occurs immediately after birth or a few days later. As we mentioned earlier, there are several reasons why mothers will do this. It's not exclusive to one breed.

It's theorized that this behavior may be inherited, but there's no conclusive evidence to support that just yet. Understanding why dogs sometimes eat their puppies can help you learn more about what's going on with the litter and give you a better idea if you should intervene or not.

Remember how we mentioned that mothers will free their pups from the birthing sac? Well, sometimes things don't go as smoothly as we would hope.

After mothers clean off their pups and bite of the umbilical cord, they will eat the placenta. It's a way for them to recover some of those nutrients they lost and regain their strength.

In care cases, mothers will accidentally eat stillborn puppies. Unfortunately, it's not uncommon for puppies to die in the womb. Usually, mothers will simply remove stillborns and bury them away from the den.

However, it's believed that some mothers can't recognize the hormones of those dead puppies. Thus, they don't even realize that there's a dead pup in the litter. They may mistake the stillborn as another part of the afterbirth and consume it alongside the placenta.

There's still a chance that newborn puppies can get sick and die. Respiratory problems, infections, and a wide range of health complications can prevent a pup from growing up. You can usually spot issues quickly after birth.

When puppies aren't spending time with the rest of the litter or aren't able to gather up the strength to eat, there's a good chance they won't make it for much longer. 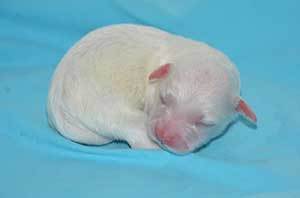 Mothers can spot those signs just like you can. When other puppies are relying on the mother to survive, she will have to make a tough choice.

She can either spend her time and energy trying to nurse that puppy back to health, or she will take them out of their misery. In most instances, mothers will do the latter.

Killing and eating the puppy removes that health risk for the rest of the litter. It's a mercy killing that ends the pup's suffering and ensures the survival of the rest of the group.

Giving birth is a stressful time for mothers of any species. Your dog is tired, scared, and having to deal with an entire litter of wailing puppies. Sometimes, stress can lead to bad decisions for female dogs.

Mothers can bark, growl, and even bite those precious pups. Predatory instincts kick in, which can lead to cannibalism in rare cases.

There's not much that you can do to alleviate stress other than providing your female dog with plenty of love, food, and attention. It's best to keep the male dog separate, as this has been known to increase stress levels for both mothers and puppies.

Just make sure that you're not creating more stress. If you try to intervene and separate her from her puppies, you run the risk of making her angry. She could lash out at you, so exercise caution.

Mastitis is a very serious condition that affects canine mothers. It's an infection of the breast tissue after birth. The teats can become red and swollen. They also get very sensitive, creating a very troublesome situation for the mother and her litter.

Puppies need to be able to feed off of their mother's milk after birth. While pups can be fed by humans through bottles and formula, it's always better for them to eat what their mother is providing. Not only does it have more nutritional content, but it's an important bonding activity.

If your female dog has Mastitis, feeding can be an incredibly painful experience. The moment that the puppies latch on, she will experience significant pain.

Mothers are prone to lashing out at the puppies because of that pain. Some will even reject puppies or abandon the entire litter. In extreme cases, mothers will kill and eat puppies.

Mastitis is a serious issue. But, it's also treatable. It's important to seek veterinary care as soon as possible to address Mastitis and ensure that those puppies are getting the nutrients they need.

One of the saddest reasons why some female dogs resort to cannibalism is because they simply don't recognize the puppies as their own. During birth, canines produce many different hormones. Some of them are responsible for identifying the pups, which creates that automatic maternal bond.

But what happens if those hormones aren't released? This is pretty common if the dog gave birth by unconventional means. Cesarean sections may become necessary if the pregnancy is risky.

A cesarean section is when veterinarians remove the puppies from the womb using surgery. Because the puppies aren't born through the birthing canal, those hormones aren't always released.

When the mother finally wakes up and is surrounded by a litter of screaming puppies she doesn't know, things can go awry pretty quickly.

Dogs are natural hunters with a high prey drive. Think about those rodents and squirrels that your dog chases. They're not that much different in size to newborn puppies.

What's interesting about those hormonal issues is that most mothers will get them later on. They may be released several days or weeks after the cesarean section. That's why it's important to follow your vet's orders after birth.

Most will separate the mother from the pup to avoid any accidental killings or cannibalistic behavior until she gets those important hormones.

The final reason why a dog may eat her pups is that she just wasn't ready to be a mother. Ask any professional dog breeder and they will tell you that female dogs should not get pregnant during their first heat cycle.

This is because those dogs are still relatively young. They're barely any older than a puppy and are not prepared to deal with those maternal responsibilities.

It's very common for dogs that get pregnant early to be unfit mothers. They'll lash out at the puppies and exhibit behaviors that aren't normal for mothers. Usually, unprepared young mothers will just abandon the litter completely. However, cannibalism can happen, too.

Cannibalism is a harsh reality of the animal kingdom. While we often view our dogs as loving creatures that could do no harm, it's important to remember that their instincts are still there. It's rare for mothers to eat their babies, but it can still happen.

The best thing you can do to prevent this behavior is to keep a watchful eye. Pay close attention to the health of the puppies and their overall development. Also, monitor the mother's behavior and interactions.

If you witness any red flags, such as aggression, you can separate the pup and consult with your vet on how to move forward

Also Read: How Long do Puppies Sleep a Day? 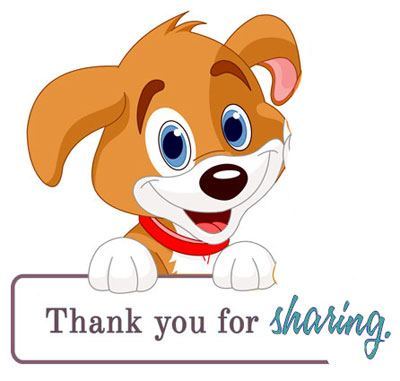