Possessive Aggression in Dogs: 5 Reasons Why and How to Stop It

Any type of aggressive behavior in dogs should be dealt with swiftly. Allowing your dog to exhibit threatening behavior is not safe. Not only does it put you in danger of a bite, but strangers, young kids, and even other dogs could be at risk.

There are many types of aggression in the canine world. While some are easily solved with some behavioral modification training, others are a bit more challenging.

One of the more difficult issues to deal with possessive aggression.

Have you ever witnessed your growl or bark at you when you try to take away their favorite toy? It's an alarming situation that you shouldn't ignore. But how do you address something like that? The trick is to understand why the behavior is occurring in the first place.

What is Possessive Aggression?

Before you do anything, you need to be able to identify the behavior in question. Possessive aggression is when your dog guards over things that they deem precious. It could be a wide range of items; not just the obvious.

For example, you might see this behavior with their favorite toys. Or, you could see it over a piece of trash they managed to sneak out of the garbage can. Many dogs even show possessive aggression over people or preferred resting spots!

Either way, your dog will protect that item fiercely! Often referred to as "resource guarding" or "food aggression," this behavior is your pup's way of telling you that they want you to back off.

There are several signs of possessive aggression. The interesting thing about this behavior is that it can start off very mild.

At first, it could be nothing more than a simple lip curl. You might think that's it's cute or not a huge deal. But the more you neglect to address it, the worse the problem can get.

The most common behavior is growling or baring their teeth. Eventually, that growling can turn into full-on barking. Before long, it becomes snapping and biting!

Many canines also gradually increase their level of aggression the more you tempt fate.

This unwanted behavior may not be limited to just you. Chances are, your dog will show these signs on anything that approached their beloved object   If it's another dog, you might even witness fighting.

Why Do Dogs Show Signs of Possessive Aggression?

The best way to help your possessive dog is to understand where they are coming from. There are many reasons why this behavior could exist. Knowing that source can be useful when you're trying to address the problem. Here are some of the most common reasons why dogs become possessive.

In the wild, it's a dog eat dog world. Canines must hunt and get food whenever they can. When they finally do find some prey, dogs aren't very willing to share.

There's limited food, so dogs will eat as much of it as they can. When one canine tries to encroach on the food that another canine claimed, it's just asking for trouble!

While that really isn't an issue in domestication, dogs can still have those instincts ingrained in them. It's a natural response for dogs to protect their food and resources.

In addition to being instinctual, puppies can learn to be possessive shortly after birth. Have you ever watched a mother do feed her puppies? It's a free-for-all!

Puppies are constantly climbing over each other and fighting over a nipple. Dogs that aren't strong enough to fight off their siblings end up being the runt.

Once those puppies are weaned off their mother, that constant urge to protect their food bowl often remains. It's pretty common to see young puppies only a few months old exhibiting possessive resource guarding

If you adopted your dog from a shelter, there are a lot of behavioral quirks that you have to contend with. Resource guarding is just one of them. Say that your pup was rescued from a home of neglect.

They probably just barely had enough food to survive. It's perfectly understandable why a dog would want to guard the things they like after surviving trauma like that.

Even if the dog wasn't abused, they could have learned the behavior from their time at a shelter. Shelters are notoriously crowded. With limited resources to go around, other dogs are competition. That behavior can carry over even after adoption.

It's often referred to as "Shelter Dog Syndrome."

If your dog is used to being spoiled, the sudden introduction of a new dog can be a lot to handle. All of a sudden, they are competing for food, toys, and your attention!

Don't be surprised if some territorial disputes come up. They are bound to fight when you bring another dog into the mix. Luckily, many dogs can overcome this problem with proper training.

If there's one thing that your dog rarely gets access to, they might want to protect it at all costs! Say that you have a rare toy, food bowl or blanket that your dog absolutely adores. Or maybe you have some special food topper that you only provide on special occasions.

When you finally give that item to your dog, they're not going to want you to take it away. So, they'll protect it and show signs of resource guarding..

What You Can Do

Tackling possessive aggression issues can be tough. But, it's manageable with the right techniques and some patience. 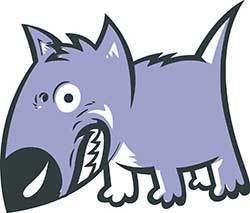 First things first, you should never forcefully take something away. Not only does this put you at risk for a bite, but it's counterintuitive.

The goal is to show your dog that there's no reason to guard those items.

Taking something away by force will only cement their fears. Instead of doing that, try these techniques.

Start out by limiting access to those items they love. If your dog shows preferential treatment to a specific item, avoid using that one for your training. Work on items that evoke a milder response and work your way up.

You need to be able to control your dog's environment during the training and reconditioning phases. So, only give them the item they love in a controlled space where they can't run off.

With this technique, you're showing your rewarding your dog for letting go. Whenever they start showing that possessive behavior, approach them with a treat. Offer that treat in exchange for the item.

You could use a special command like "Trade-ya!" or "Drop it!"

When they drop the item, reward them with the treat and plenty of praise. Then, give the item back! This shows that there is no real reason to be so possessive!

There are a few different ways to recondition your dog. The easiest is to use food. Basically, the goal is to get your dog comfortable with the idea of letting things go.

Place several empty food bowls in a row. In the first bowl, put a bland and boring food. This could be a cheap food with little flavor.

Once your dog starts eating, move onto the next bowl and fill it will something a bit more high-quality.

Don't give any commands. Let your dog notice that the new food is better. When they move to that second bowl, continue the process with something even better!

Stop if your dogs start showing aggression. Try again later and repeat the process regularly. Eventually, your dog will be less inclined to guard their food.

This is similar to the "Trade-Ya" method we went over. It involves using rewards as an incentive. However, the goal is to teach your dog to listen to you no matter what.

This can be useful if your dog starts to show possessive aggression when you're out and about.

Teach your dog simple behavioral commands like "Drop It!" Even teaching them to sit will work. Whenever your dog is being possessive, give the command.

When they drop it, reward them. This technique is showing your dog that it's better to listen to what you're saying rather than focusing on the object at hand.

Get Help From a Professional

In serious cases, it may be worth consulting a professional dog trainer or behavioral expert. They'll work with you and your dog to overcome the problem and help you move forward.

Possessive aggression is not something that you should ignore. It's a serious behavioral issue that could be pointing at some deeper. Address the problem and show your dog that they have no reason to be possessive. Only then can your dog move on and exhibit some healthier habits.

Also Read: Dog Ball Obsession What Can You Do?