Why your Dog Kills Cats & How to Stop It

We've all seen tropes of the relationship between cats and dogs. Everything from modern films to old-schools cartoons depict these two household pets as mortal enemies that are constantly looking for ways to fight.

While many subconsciously pit the two against each other, dogs and cats are fully capable of getting along. Anyone who owns both a cat and dog will tell you that those depictions are nothing more than a work of fiction.

But what happens when that cartoonish violence hits a little too close to home?

Unfortunately, dog attacks against cats do happen. Cats can hold up on their own in many different ways. However, most canines can quickly overpower cats, leading to some grisly scenes of violence that leave owners speechless.

It's an event that no one wants to deal with. Whether your dog kills your pet cat inside your home, a stray you come across on a walk, or a neighbor's feline companion, the aftermath is always challenging.

Most owners are left will a million questions and very few answers. The most common question is why this all occurred in the first place. Why does your dog kill cats?

It's important to remember that, at the end of the day, dogs are still animals. While they're domesticated and trained, your canine companion still acts on instincts.

One commonly overlooked issue that owners have is subconsciously pushing human attributes onto their dogs. There's a good chance that you do it, too!

Whether verbalizing their perceived thoughts or trying to gauge a distinct personality from first glance, it's human nature to personify dogs at every turn.

Unfortunately, this act of applying human traits to dogs comes out in full force after a dog kills a cat. You might find yourself jumping to the defense and saying that your dog would never hurt a fly.

On the opposite end, you might hear people calling your dog murderous or evil! Whatever the case may be, you must remember that dogs are not humans.

There's no such thing as a murderous canine. Sure, dogs can develop distinct personalities and behavioral habits.

However, no dog is going to go on a cat-killing spree with the sole purpose of trying to cause as much pain and destruction as possible.

When a dog kills a cat, it's done out of instinct

Predatory or aggressive behaviors are not something that dogs can distinguish in their mind. They don't have a moral compass, either.

Those brief moments of sheer canine aggression are all part of their nature. It's in every dog, from those tiny barking Chihuahuas up to intimidating Rottweilers.

Every dog is capable of running on instinct and killing a cat.

Despite eons of domestication, dogs still hold onto their instinctive urges. Even the most pampered pooch will have a prey drive that can unlock at any time.

In the past, your dog's ancestors had to go to great lengths to stay well-fed and healthy. This didn't have nutritionally balanced kibble to fall back on.

So, what did they do? They hunted! Wild canines chased a wide range of prey animals. However, small mammals were always the go-to.

Are you starting to make the connection?

Whenever they saw a small mammal in the vicinity, wild dogs would follow a precise sequence of actions to hunt them down.

This sequence is sometimes referred to as a "Fixed Action Pattern." It would start with their eyes following the target. Then, the canine would go into predator mode and start stalking them undetected.

Once they find their window, dogs would go into full-on chase mode!

They'd chase the animal until they caught it in their jaws. After that, they'd go in for the killing bite and prepare the prey for eating. It's a gruesome event that highlights the true capabilities of canines.

Believe it not, that instinctive sequence gets triggered all of the time in modern dogs!

Your pup likely lives a posh life in comparison to its ancestors, but those lingering instincts still come out to play. You might see it whenever your dog spots a stray squirrel on their daily walks.

Movement is what triggers the predatory sequence.

All it takes is some movement in the distance. Before you know it, your dog will become fixated on the target before launching into a full-speed chase.

Most owners chalk it up to dogs being dogs, but it's a play-by-play recreation of what wild dogs do when hunting for food.

Luckily, most dogs don't complete the sequence. They might become transfixed and move based on pure instinct and reflexes. But, most pups will stop before it gets to the killing part. That is, however, until they don't stop.

Some dogs have a much higher prey drive than others. Hounds, Siberian Huskies, Jack Russel Terriers, Weimaraners, Doberman Pinschers, and more have a notoriously high prey drive.

Those dogs will react to even the subtlest movement they see out of the corner of their vision.

Some become so entranced in the hunting process that it takes a lot of screaming and tugging at their collar to snap them out of it!

Those dogs get dangerously close to completing the sequence. However, any dog is capable of getting there. All it takes is the right trigger and the right target for your dog to lose control and run on instincts alone.

Other Reasons Why Dogs Kill Cats

Your pup's instinctive prey drive is the most common reason for killing a cat, but it's not the only possible cause. Dogs are pretty complex and react to outside stimuli just like humans do.

While we can never know what's truly going on in your pup's mind, we can use events surround the bite to get a better idea of what happened. Here are a few reasons why dogs might kill cats.

A lot of the time, killings are nothing more than unfortunate accidents. These cases are more likely to occur among dogs and cats that get along, which only makes them tougher to process.

Cats and dogs that live together will often play to waste time during the day. You might see them wrestling and play fighting. Eventually, rolling around on the floor turns into chasing.

Your cat might initiate it purposefully or simply love interest and try to go somewhere else. Either way, that running motion triggers the prey drive we talked about earlier.

For the most part, there's nothing wrong with chasing! Dogs will identify the boundaries and stop the hunting sequence before it gets serious.

Unfortunately, some will not meet that wall. They'll continue until they perform what many behaviorists call "The Quiet Bite." 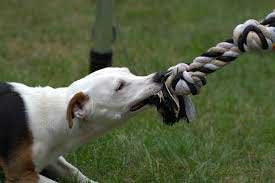 When the dog catches the cat, it'll bite down hard and shake its head. Again, you might have seen this behavior with a chew toy or doll your dog loves.

It's not an act of rage but rather one of pure instinct.

It's an unfortunate accident that can realistically occur in any home with dogs and cats.

Sometimes, the act of killing is seen as a form of protection. These events usually occur with stranger cats your dog encounters on their walks.

Cats tend to be a little wary of any unfamiliar human or animal they come across. As a result, they might hiss or swat. If your dog takes those actions as an act of aggression, they'll return the favor.

Because dogs have a much stronger jaw than cats, it doesn't take much to kill them. Your pup was likely trying to protect itself and you.

Many breeds exhibit intense territorial behaviors. These dogs will do all they can to keep you, your family, and your property safe.

They make excellent guard dogs, but those breeds can also create a lot of unwanted problems.

If you have a territorial pup, you likely have to deal with constant barking from any unfamiliar person.

Whether it's a delivery driver or a rare visitor, your dog will probably go into a tizzy the moment they sense a foreign presence.

That protective nature applies to cats, too. If a stray cat happens to wander into your yard, territorial dogs will stop at nothing to ensure that they take them down.

This behavior can occur on a smaller scale, too. Some dogs get super protective of their foods.

Cats that are brave enough to get near the food bowl will experience a world of trouble if the dog is around.

Finally, your dog might experience a brief moment of aggression that causes them to lash out at a cat, human or anything else that gets in it's way

Dogs can have bad days, too! They could be suffering from discomfort after an injury, underlying medical issues, or simply pent-up energy.

Whatever the case may be, those conditions often put your dog on edge.

All it takes is a small action for your cat to trigger their instincts.

What You Can Do To Stop Your Dog from Killing Cats

Putting an end to this nightmarish behavior isn't easy. Eliminating hardwired urges is next to impossible. However, you can manage and change them to something more positive.

The first thing you should do is change and control the environment.

If your dog has a history of killing cats, you should never let it into unfamiliar territory without some form of control. That means keeping them on a leash and away from cats as much as possible.

It's not an easy decision to make, but it may be worth rehoming any cats that you have living with you. At the very least, you should keep them separate and never let them interact.

Never leave your dog with a cat unsupervised. Even if they appear to get along, there's always a chance that the feline will trigger something that causes violence.

A dog's predatory instincts will only get stronger the more cats that they kill. That's because the behavior gets more familiar as time goes on. It's like conditioning and rehearsal.

One of the best things you can do is develop a command that pulls focus away from the targeted prey. In a vast majority of cases, dogs run on autopilot and don't even realize the harm they've caused.

Use a simple command like "Leave It" or "No!" You can also incorporate a physical movement into the mix, such as sitting or laying down.

Whatever you choose, make sure it's strong, easy to understand, and capable of cutting through anything.

The command can save you in those moments of distress and distraction. But, you should never rely on it alone to control your dog.

Turn to a Professional

If all else fails, go to a behaviorist. While those predatory behaviors are natural, they can be changed with a bit of patient training.

Canine therapists specialize in these kinds of things. They can get to the root cause of the issue and use training to guide those instincts into something more positive.

If your dog kills a cat, it's important to address the problem and take action. Ignoring it will only cause trouble in the future.

Dogs and cats aren't the mortal enemies that pop culture leads us to believe. But, canines do have the power to kill cats. They're predatory animals with hardwired instincts. The key to successful cohabitation is a watchful eye and plenty of time to get to know each other.

Also Read: How to Deal with Possessive Aggression in Dogs